Attack of the Phlash 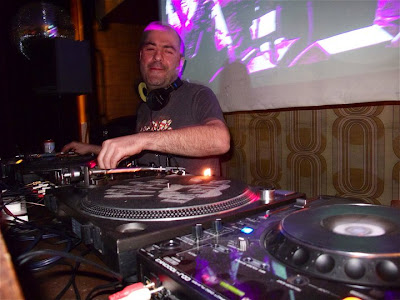 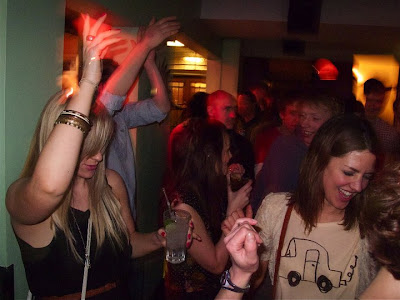 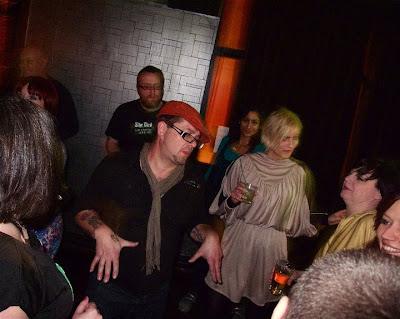 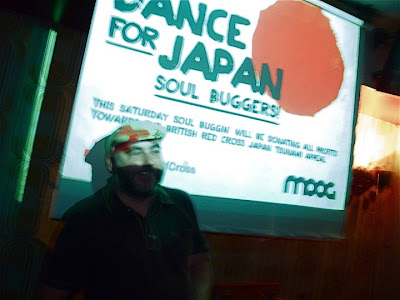 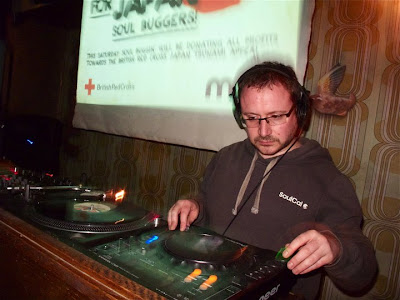 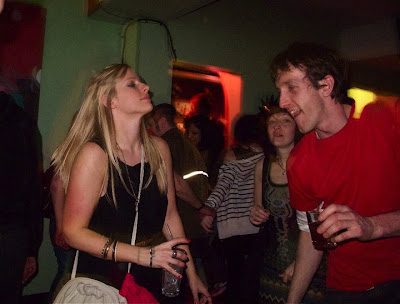 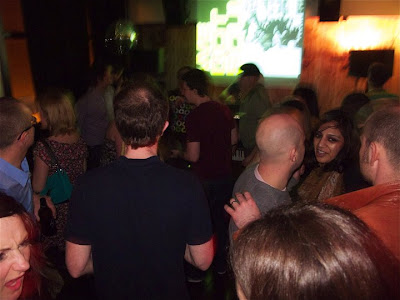 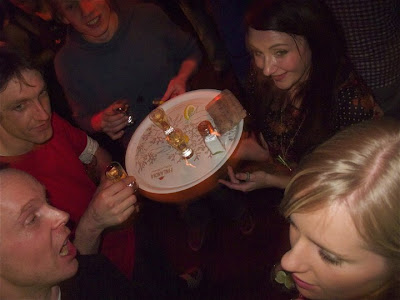 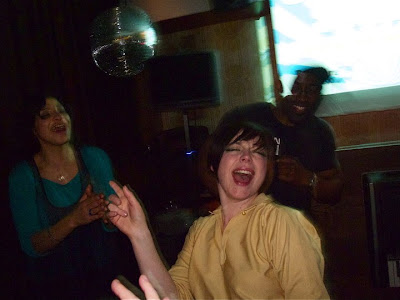 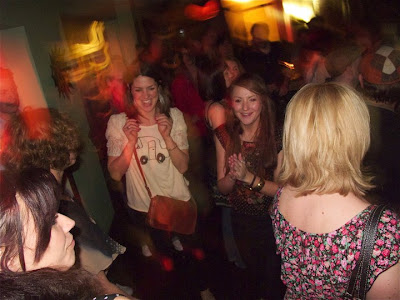 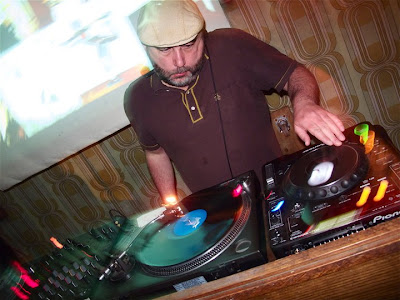 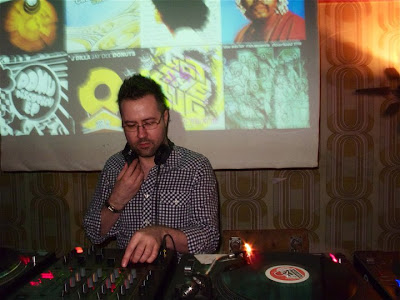 Since the last post on here in February things have all gone a bit crazy in the world and we were truly shocked to see the horrific footage of the recent tsunami that swept over the eastern coastline of Japan few weeks ago. A scary reminder that mother nature still has us held firmly by the goolies and despite Japan being one of the most technologically prepared countries in the world it suffered terrible destruction to it's coastal towns and villages with the death toll in the thousands. While we may be helpless to stop such natural disasters from occurring one thing we can do is to do is to our bit towards helping the Japanese people recover from this devastating disaster over the coming months and years.

Here at Soul Buggin' HQ we decided to turn our March party into a bit of a fund raiser and despite being only a small night (we're the first to admit we might not be able to raise Comic Relief style millions!) we still wanted to do our bit so chose to donate all our profits made on the night to the British Red Cross relief fund. As well as our guest Phil Asher who came up from London we added Matt Rhythm from super group Rhythm Plate to the line up. With a great crowd come down both djs played superb sets and with you lot getting right on it we suddenly had a fantastic party on our hands. I guess it must get quite boring to read me constantly banging on about 'the vibe' but after all these years I still buzz my tits off when a small room of about 100 enthusiastic like-minded people create a magical atmosphere on a dancefloor. It is sometimes overlooked just how special this particular quality is in a party and all the promoting, flyering, spamming or shouting cannot guarantee those moments but when they do happen they are indeed special. Not all nights can pull this off and we love the fact that you lot make the effort to leave the mentalism of town on a Saturday night and come and get on the good foot at Soul Buggin' in a small pub in rough old Radford. Anyway, I'll stop rambling like I'm rushing in Ibiza circa 1988, just check out some of the great pictures that Nick Clague shot on the night. A massive thank you to Phil and Matt for coming down to play - you both rocked it - and all the cheering at the end had us beaming from ear to ear. Japan - we partied hard for you! 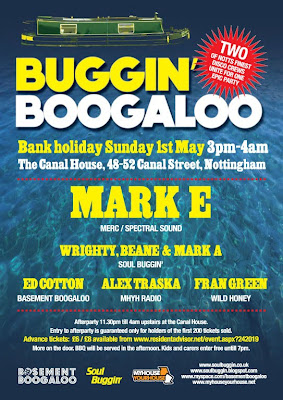 For our next party we've got something pretty special lined up with a change of venue for a one-off all dayer as we team up with fellow disco cohorts Basement Boogaloo at The Canal House on Bank Holiday Sunday 1st May. We love our bank holiday all dayers like Willy Wonka likes chocolate and we had toyed with the idea of doing a bigger event down there last year but now with the Boogaloo crew by our sides we can't wait for this one. As well as both sets of residents from the two nights we've also asked local web radio extodinare Alex Traska who runs the popular myhouseyourhouse station as well as Fran Green from the glorious Wild Honey Soundsystem. Heading up this gang of reprobates will be be Merc Recordings main man Mark E. Limited early bird online tickets are now available for this outdoor session from http://www.residentadvisor.net and are priced at £6 (and then £8 for standard tickets) so make sure you pick one up as they've already started selling fast (otherwise it'll be a tenner on the door). Getting a ticket also guarantees you entry to the limited capacity after party upstairs in the loft that rocks on till 4am. Things all kick off at 3pm in the afternoon outside on the decking so get down early as we'll be doing a BBQ too.

Right - that's all for now folks. Fancy some sounds? Well to coincide with last Sundays Japan fundraiser I did a 2 hour Japan mix of some of my favourite producers and records labels on my weekly Noodle Hopot radioshow. You can listen again here >> http://www.beane.podomatic.com

If you build a disco they will come 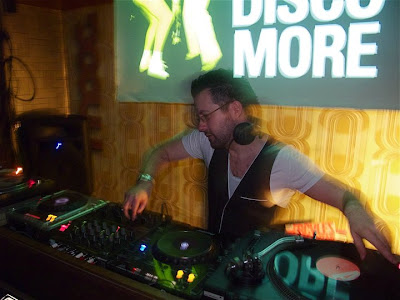 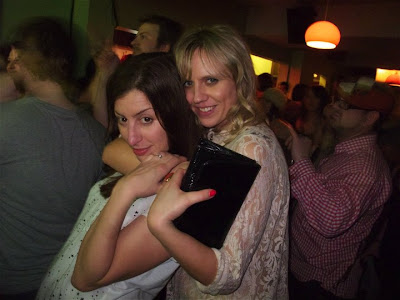 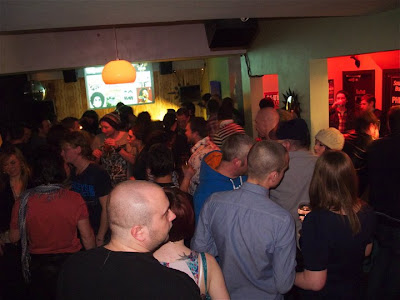 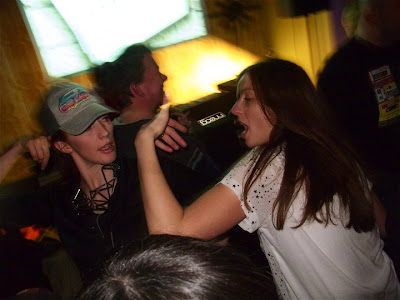 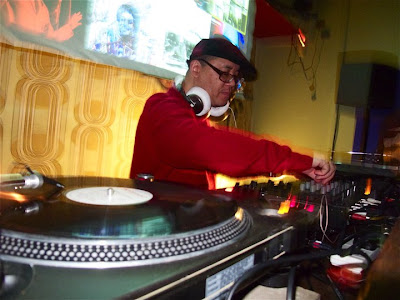 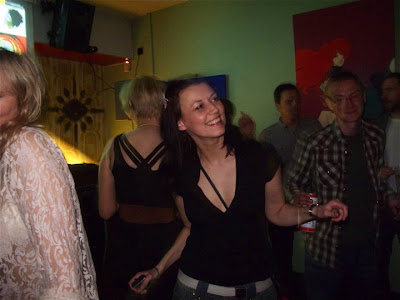 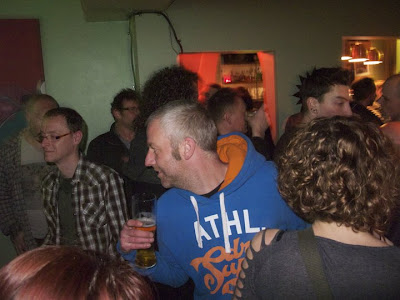 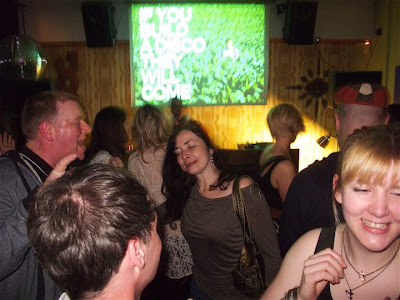 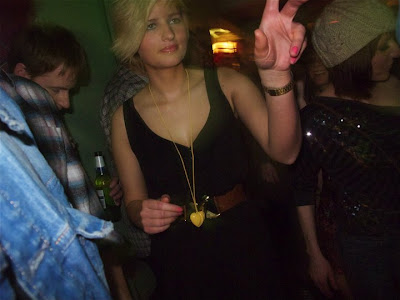 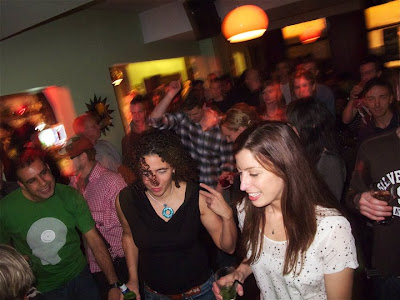 Ah springtime. Can you feel it? Maybe I'm being a bit premature but I can feel it tickling me in the rude bits what with these lighter nights slowly starting to tease us. We've got lots lined up over the next few months here at Soul Buggin' but before we get into any of that let's break down the beast that was last Saturday night. Now we've had many djs come and play for us over the years and all of them I've admired for various reasons, whether it be their stella productions that I've bought, legendary dj sets or brilliant club nights they've run around the country but the guest dj at our last party just gone was for me pretty much up there as someone who I have the upmost respect for. Ashley Beedle has been an artist I've been following for a good 16 years or so now, collecting twelve after twelve of his fantastic remixes and collaboration projects and he has been a huge influence on my record collection ever since I first heard his Radio One Essential mix in the nineties. To have him come and play at Soul Buggin' was a huge honour and one that I still had to pinch myself was actually happening as the night began.

As soon as we opened the doors we had a great crowd begin to filter in from the get go and come midnight when Ashley took to the decks I think we must of been pretty much at capacity with the joint heaving. Ashley played a great set of new bits, special unreleased exclusives and a few classics (when he dropped one of my favourite Black Science Orchestra records in the form of 'New Jersey Deep' I nearly lost the plot) and over the next few hours he had the place literally jumping. A big thank you to all that made it down, boogied, drank, wobbled and got on the good foot with a special big up to the guy who was loving it so much he started CRYING while dancing. A very special night indeed with a top crowd! The few pics above are courtesy of local roving photograpaher Nic Clague. 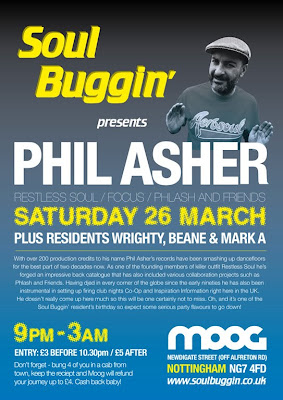 So were do we go from there then? Well the guest we've got lined up to come and play at our next party on Saturday 26 March at Moog here in Nottingham has in many ways a shared history with Ashley. As well as being long time friends they have also collaborated on various projects over the years and when it comes to listing some of the unsung heroes of the UK dance scene few can deny that Phil Asher doesn't deserve his place in the history books. With over 200 production credits to his name the Phlasher’s records have been smashing up dancefloors for the best part of two decades now. As one of the founding members of killer outfit Restless Soul he’s forged an impressive back catalogue that has also included various collaboration projects such as Phlash and Friends which drew together a collection of artists such as Mark de Clive Lowe, Dego from 4 Hero, Karizma, Orin Walters, Zed Bias and Benji B. Having djed in every corner of the globe since the early nineties he has also been instrumental in setting up firing club nights Co-Op and Inspiration Information right here in the UK.

He doesn’t really come up here much so this will be one certainly not to miss. Oh, and it’s one of the Soul Buggin’ resident’s birthday so expect some serious party flavours to go down! We kick off at 9pm and go on till 3am and if you get down before 10.30pm you can get in for a mere £3. After it'll be a fiver.

For those wanting to brush up on their Phlasher history I'll be putting together a 2 hour tribute show of some of my favourite productions and remixes that I've collected over the years which will be broadcast on my Noodle Hotpot radioshow on Sunday 13th March 2pm-4pm on
www.myhouse-yourhouse.net . I'll also upload the mix to my podcast page over here www.beane.podomatic.com soon after.