Hurrah! January, universally known the world over as the 'bastard month of the year' due to the fact that, well basically it's a right horrible bastard, is over at last. Here at Soul Buggin' we almost contemplated taking a short break for the month and focus our attention on February but we came up with a better idea. Why not side-step the usual Buggin' format in January and do another Fun Your Ear Midlands party instead and bloody hell I'm glad we did. 13 djs all came down from as far a field as Hastings and Manchester to lay down an eclectic musical soundtrack which created an evening of music you'd be hard pushed to hear elsewhere. The format was simple - each dj gets 30 minutes to do what the hell they like and all in all it turned out to be a blinder. Despite the ropey sound issues at the start we ended up having a right old knees up and reminded me why FYE is still pretty damn special. There were so many great selections from the djs that it was pretty impossible to pick out a favourite but I really did genuinely enjoy all of them. From Orsi's heavy seven selections to Elmo's latin bangers (Orchestra de la cruz - massive! And then playing Carl Cox! Wtf?! Only at FYE people!), Cyclonix's bruk up (the Simbad remix of Afronaught was a new one to me!), Tony chucking Moonstarr on slayed me at the end, Fire and Skill's balearic madness, Rare Colours firing drum and bass selections (that track on Holistic was huge), the mighty Ade P pulling them out big time, Pickering getting his 80's groove on, the Jazzchoppers upfront Deep Space Orchestra CDR material (the new shizzle sounded great), Jimi Oh bringing heat to the table.... arrrrgh it's starting to blur into one now as I try to recall the music but you get the idea. You can see exactly what was played over on the www.brownswood.co.uk forum where all the djs have posted up their tracklistings. Here's a few pics. 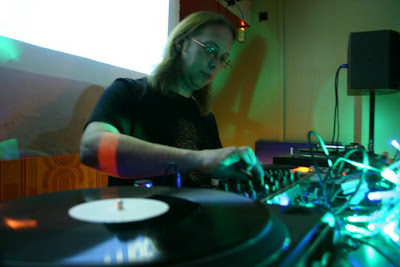 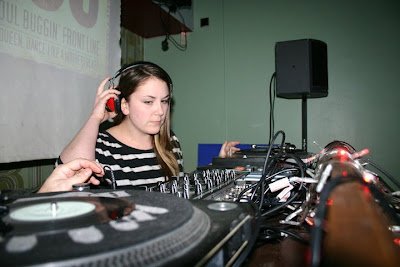 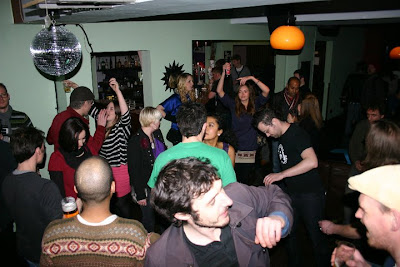 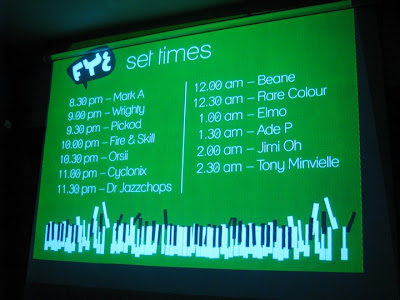 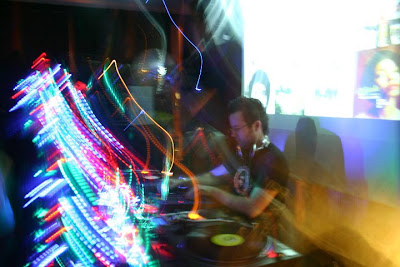 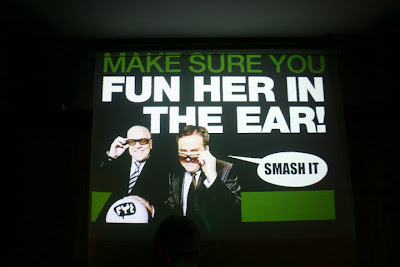 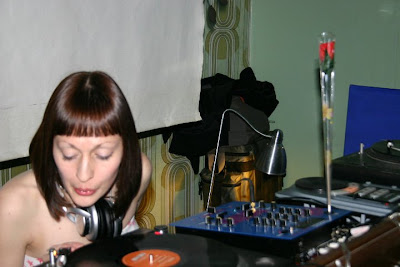 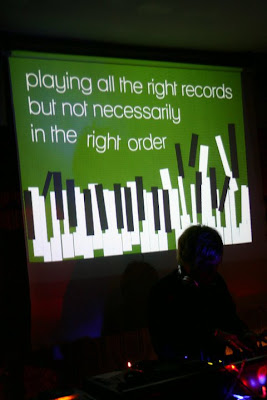 Big thanks to all those that made the journey up (or down) and hats off to all the djs - you rocked it. With 3 parties under the belt now for the midlands, this has got to be a yearly date on the calendar. 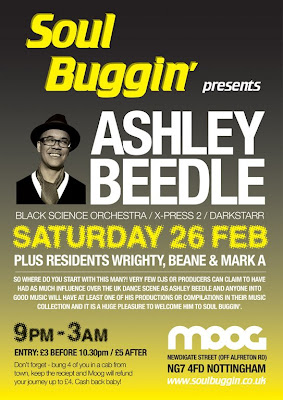 So if that's how we start the year how the hell are we going to end it? I'm not quite sure but one thing I do know for a fact is that we are proper pumped up like Macho Man Randy Savage in a blow up sumo suit for our next Soul Buggin' party on Saturday 26th February at Moog. Regular attendees of our parties should see a pattern emerging here regarding the guests we invite down and it is no overstatement to say that Ashley Beedle is pretty much up there as one of our favourite producers and djs. So where the hell do you start with this man?! There aren’t many people knocking about who can claim to have had as much influence on the UK’s dance music scene as Ashley Beedle and most people into good music will have at least one record or compilation of his in their collection.

To try to list his back catalogue of musical productions is nigh on impossible but his work as X-Press 2, Black Science Orchestra, The Ballistic Brothers, Black Jazz Chronicles, Mavis, Darkstarr, Africanz on Marz, Disco Evangelists or the London Heavy Disco Revue (to name but a few!) is pretty jaw dropping. He's worked with, produced or remixed a wide range of artists as diverse as Elton John, Bob Marley, David Byrne, The Streets, Bent, Horace Andy, Lily Allen, The Police, Nuyorican Soul, Candi Staton, First Choice, Lambchop's Kurt Wagner - oh this is just silly, we haven't got enough space to make a proper list but you get the idea.

Having djed all over the world he continues to be a major influence and inspiration in DJs record boxes or on dancefloors and discotheques across the globe and we're dead excited here's coming down to Soul Buggin'. As usual doors open at 9pm and go on till 3am and if you get down early you'll get cheaper entry (£3 before 10.30pm / £5 after).

Do not miss this one people!

x
Posted by What the devil is Soul Buggin? at 12:55 No comments: