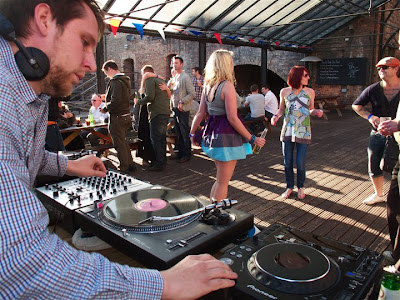 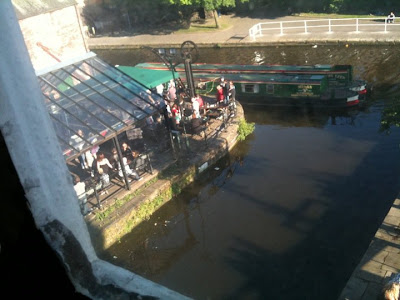 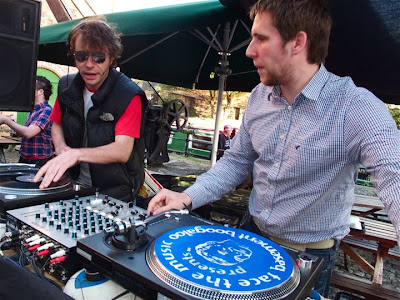 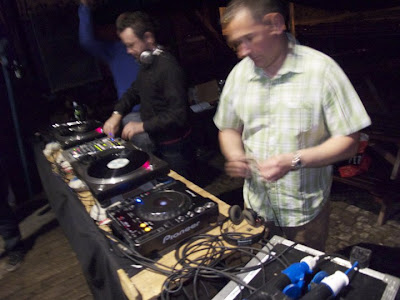 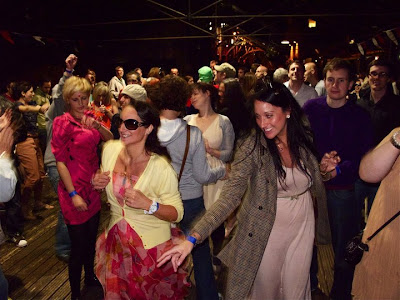 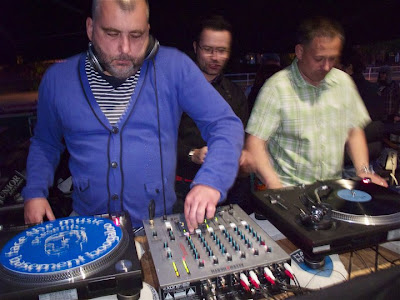 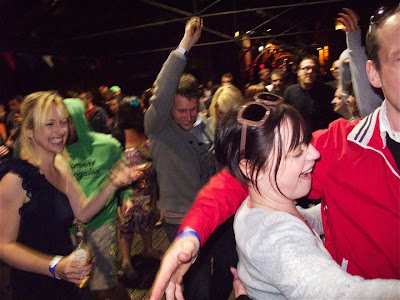 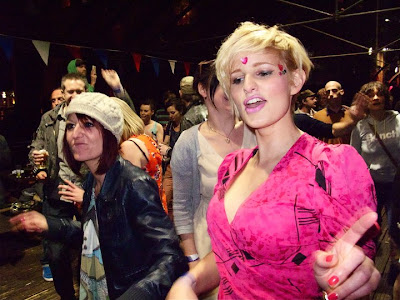 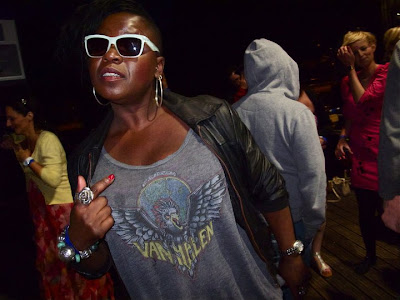 Jazz legend Roy Ayers once sung about hummin' in the sun but on the bank holiday just gone we decided to honour his sentiments but go one better and do some buggin' in the sun with fellow disco warriors Basement Boogaloo down at the Canal House here in Nottingham. On the back of a crazy weekend filled with royal wedding garden parties some of us were feeling pretty frazzled but as the sun shinned down bright by the canal and the tunes started pumping our disco spirits soon began to lift. With a great crowd getting their stomp on outside on the wood decking some pretty crazy scenes ensued. Over the course of the day all three of us Soul Buggin' residents played alongside local heads Alex Traska, Fran Green and ex-nottingham boogaloo bandit Olly Hewitt to a great floor that danced away to the likes of the Black Science Orchestra, Candi Staton, Stevie Wonder, Fela Kuti, Ashford and Simpson, Mr Scruff, Talk Talk, Terrence Parker, Talking Heads, Deetron and a lot lot more. Maybe it's because here in England our weather is so rubbishly unpredictable that people give it that little bit extra when it comes to getting involved in some alfresco disco action or maybe just the fact that everyone has been on the pop for 10 hours and off their tits but eitherway there was some bloody silly dancefloor scenes out there!

After the madness of the of the early evening / sunset session we all bombed upstairs to The Loft space above the Canal House where Boogaloo's Ed Cotton and special guest Mark E let rip to round off the night. Many thanks to those that came down and for those that missed it, well, you'll need a sick note from your mum or your going straight in detention for being such a loser. 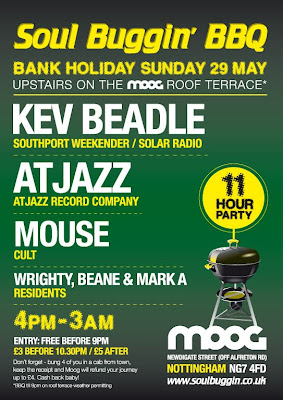 So with two bank holidays in quick succession the last thing your poor wrecked body needs to read about is another big bank holiday party but don't worry, this one is a few weeks off yet but read this you must as it's pretty damn special. Last year we had both Kev Beadle from the legendary Southport Weekender and deep Derby super producer Atjazz come and play at Soul Buggin' on separate occasions and almost immediately after each party we said to ourselves they simply must return after playing firing sets way back when we used to do our old friday night sessions. Well, come Bank Holiday Sunday 29th May they are both coming back to play on the same bill as we're putting on a huge 11 hour party at the Moog bar. We'll be starting from 4pm in the afternoon with a BBQ (weather permitting) up on the roof top complete with dj sets from the Soul Buggin' residents and local dj/promoter Mouse from the ever excellent Cult club night who promises us one of his special eclectic beats-style sets. Then as the sun sets we'll all be pilling downstairs to kick off our evening session where we'll be welcoming Kev Beadle and Atjazz to the decks. Entry for this one is free before 9pm, £3 before 10.30pm and only £5 afterwards so for 11 hours of bank holiday raving it's a bargain.

We look forward to shaking a leg with you at the end of the month!

Saturday 14th May @ Eleven, Hockley, Nottingham 9pm-3am. Wrighty & Beane all night long 9pm-3am. Free Entry
Posted by What the devil is Soul Buggin? at 02:44 No comments: